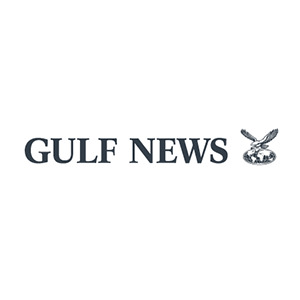 Four emerging African artists are making their Dubai debut this season. Mario Macilau, an award-winning photographer from Mozambique is presenting a solo show, Speaking …. And There Is Still No One To Hear Me at Akka Project. Nigerians Tyna Adebowale and Nengi Omuku and Thierry Oussou from Benin are participating in a group show, Traces: Contemporary Africa organised by Tabari Artspace in collaboration with the Arthouse Foundation in Nigeria. The young artists are part of a movement that is redefining contemporary art in Africa. Their work is rooted in their socio-cultural milieu, but they have a global perspective and deal with universal issues such as gender, identity and the environment.

Macilau was born in 1984 in Maputo, Mozambique, where he is still based. To support his family, he started working at the age of 10, washing cars and carrying groceries in the local market. As a teenager, he exchanged his mother’s cell phone for a second-hand camera and taught himself photography. He works on independent long-term projects that focus on the social and environmental conditions in his country, creating powerful, poetic black and white photographs. He has won many awards such as the European Union Award for Environment and was recognised as one of the ‘100 Leading Global Thinkers’ in 2015.

“My work is about people who are marginalised by society and issues that are being ignored. I am interested in documenting how globalisation and modernisation is changing the environment, climate, culture and work opportunities in my country and how people are adapting to these changes to sustain themselves. I spend a lot of time researching an issue and building a relationship of trust with the people involved so that I can truly understand the situation. Coming from the same background helps me to give a voice to people who have no voice and tell their stories through my work,” he says.

For a project titled Profit Corner, Macilau spent months at a landfill in Maputo documenting the lives of the people who live around it and make a living from recycling the waste. His images of men burning tyres to separate the metal and children playing with broken TVs in a sea of waste highlight the negative impact of consumerism on human beings and our environment. Other projects look at the water crisis in Mozambique and feature portraits of Mozambicans who are trying to preserve their identity, culture and traditions in a changing globalised world.

Adebowale was born in Nigeria in 1982 and is currently doing a residency in the Netherlands. Her mixed media paintings are focused on issues faced by women. “These issues are important to me because I come from a patriarchal society where women are forced to be silent and invisible. I want to highlight the invaluable contributions of women to society and challenge ingrained beliefs about a woman’s role by initiating public discussion about these issues that are never talked about in my country,” she says.

The artist is showing works from her ongoing series, I See You from a Distance, featuring black and white acrylic paintings on paper based on images of friends and family sourced from social media. The portraits of women are concealed within a background of intricate designs and discernible only from a distance.

“This series celebrates women who have gone against the norms of society to pursue their dreams and assert their identity. Rather than clicking my appreciation on social media, I have created portraits that tell the stories of these strong, successful women, giving them the recognition that they deserve but rarely get. The dots, circles and lines in the background reflect my surroundings, the cycles of life and nature, communication between people and the bonds that connect all of humanity. Every painting features three red dots signifying birth, life and death, which is the essence of human existence regardless of one’s gender,” Adebowale says.

Omuku was born in Nigeria in 1987 and did her graduation and post-graduation from the Slade School of Fine Art, London. Her colourful oil paintings are inspired by her experiences as a woman and an African and explore the politics of the body.

“While living in England, I encountered people who had never met a black person before and asked me strange questions such as whether I lived in a tree. This made me think about my identity, how other people see me, what it means to be coloured and to be defined by the colour of my skin. I imagined that other people see me as an exotic creature and began making colourful self-portraits inspired by exotic flora and fauna,” she says.

A commission to create a painting for a psychiatric ward in a London hospital led Omuku to explore more deeply the working of the mind and our psychological space. “I spoke to the patients and tried to understand how people interpret what the world gives them and deal with the stress. I especially focused on the pressures of being a woman in a male dominated world and created paintings that are psychological portraits of women and men that question our ideas about femininity and masculinity. The women in my paintings are multi-coloured and multi-dimensional, demanding to be accepted as they are,” Omuku says.

Oussou was born in Benin in 1988 and currently lives in Amsterdam after completing a residency at the Rijksakademie. He is well-known for his performance of a ‘faked’ archaeological dig that was designed to draw attention to the African art and artefacts plundered by colonial powers. His recent work is based on drawings made by children in the villages of Benin, and markings made by people on the walls of their homes to keep track of events. He takes photographs of these drawings and markings and develops them into expressionist mixed media paintings.

“The black background in my paintings represents slates used by school children and alludes to our constant search for answers. The gestural strokes, marks and faces reflect the things and people we see around us, fleeting moments and memories, and the passage of time. My paintings are untitled and have no specific orientation because I want people to hang them as they want and interpret them in their own way,” he says.

Jyoti Kalsi is an arts-enthusiast based in Dubai.

Speaking …. And There Is Still No One To Hear Me will run at AKKA Project, Al Quoz until November 17. The gallery is open on Saturdays and by appointment only on week days.